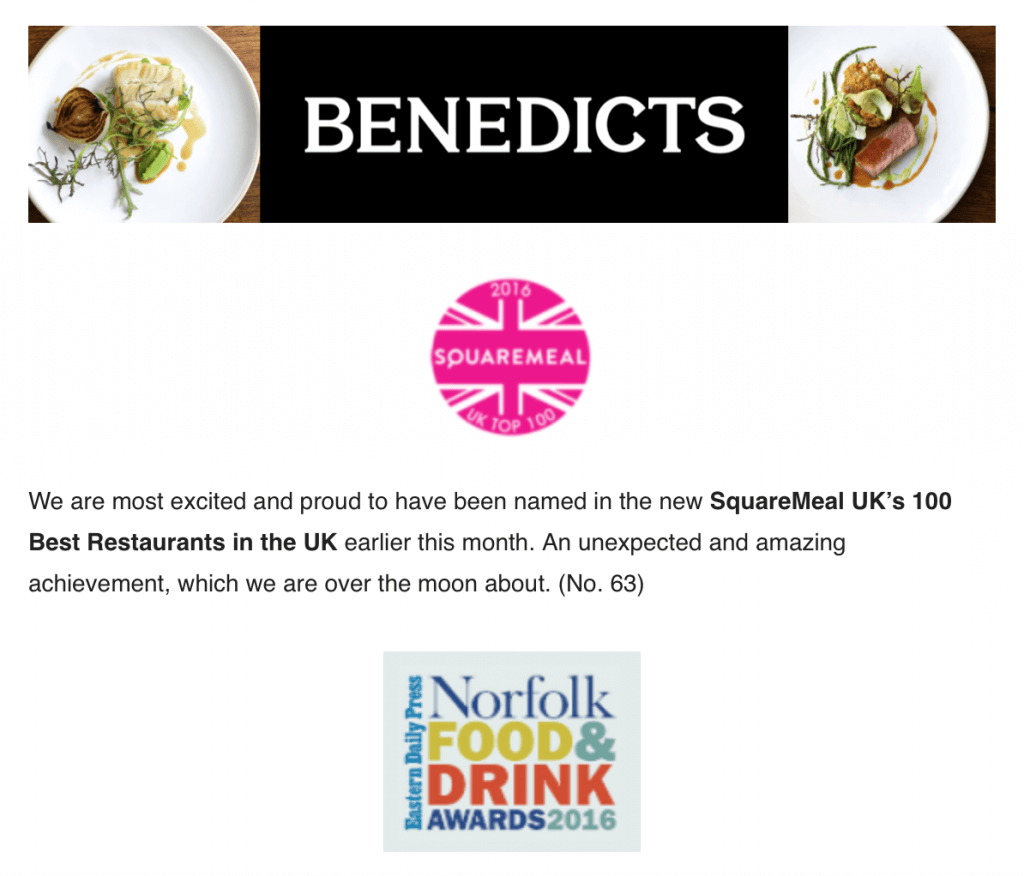 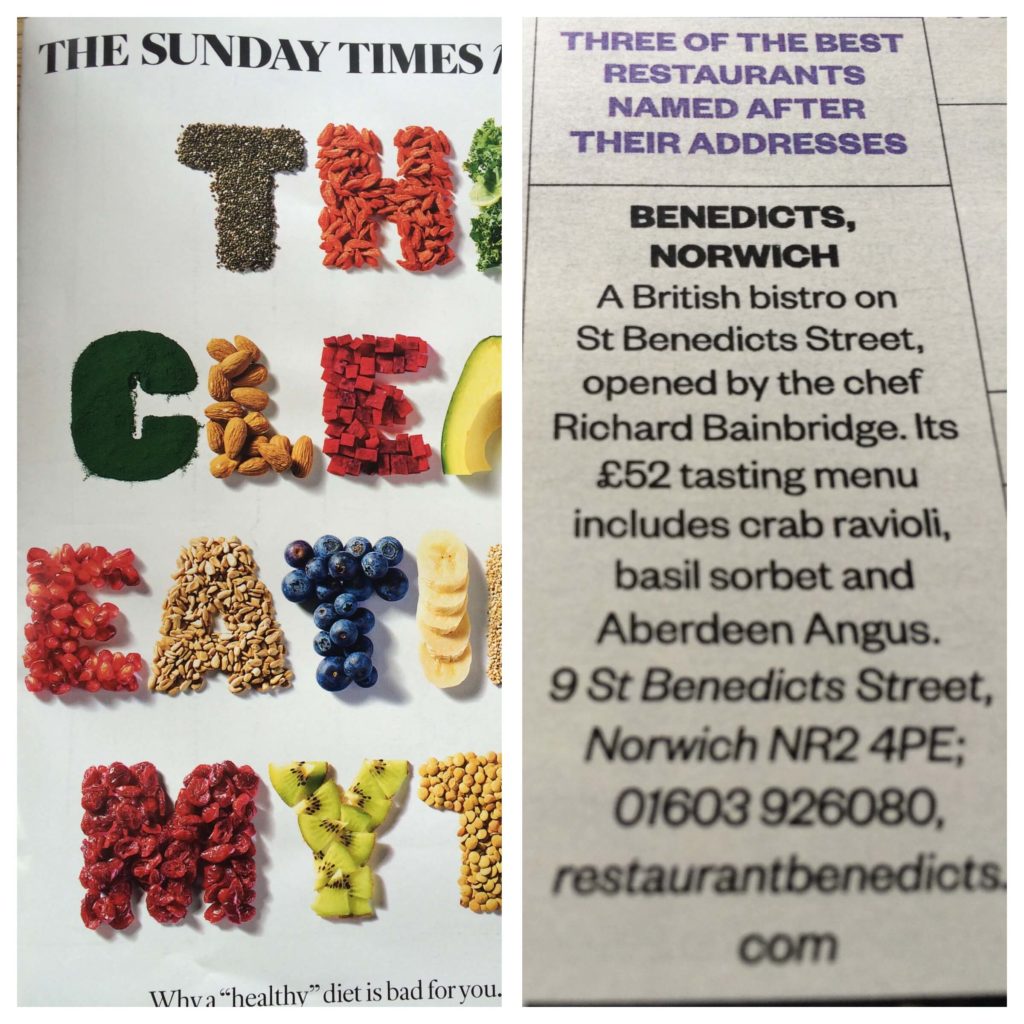 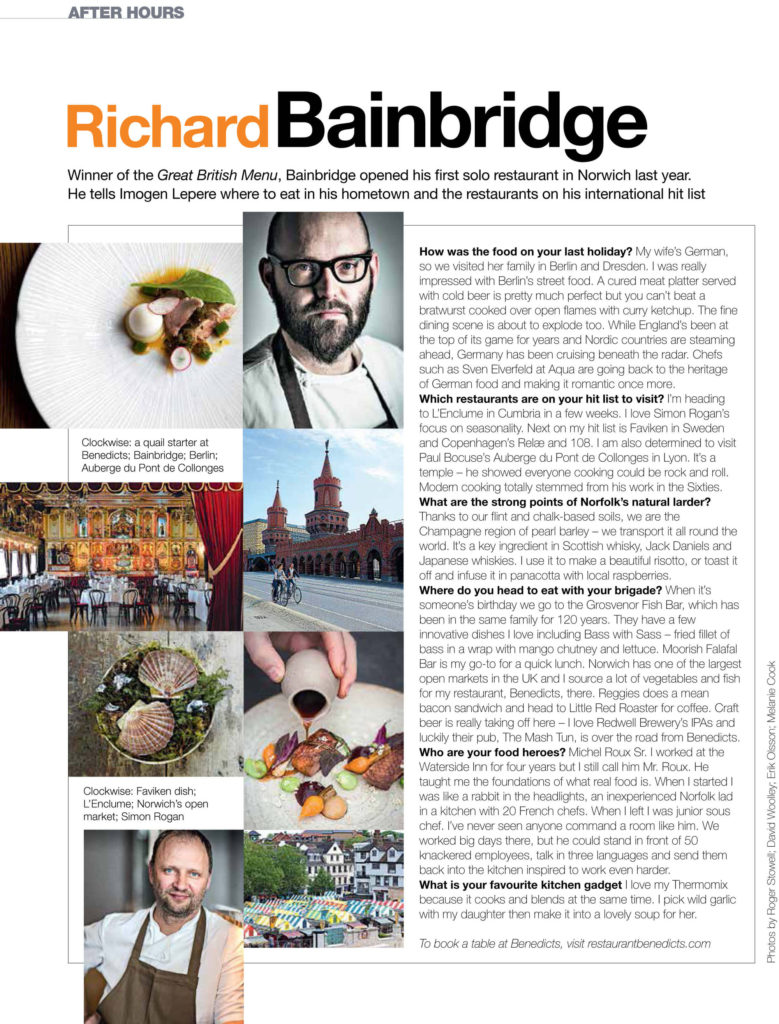 Another fantastic Interview in this months Food&Travel Magazine! 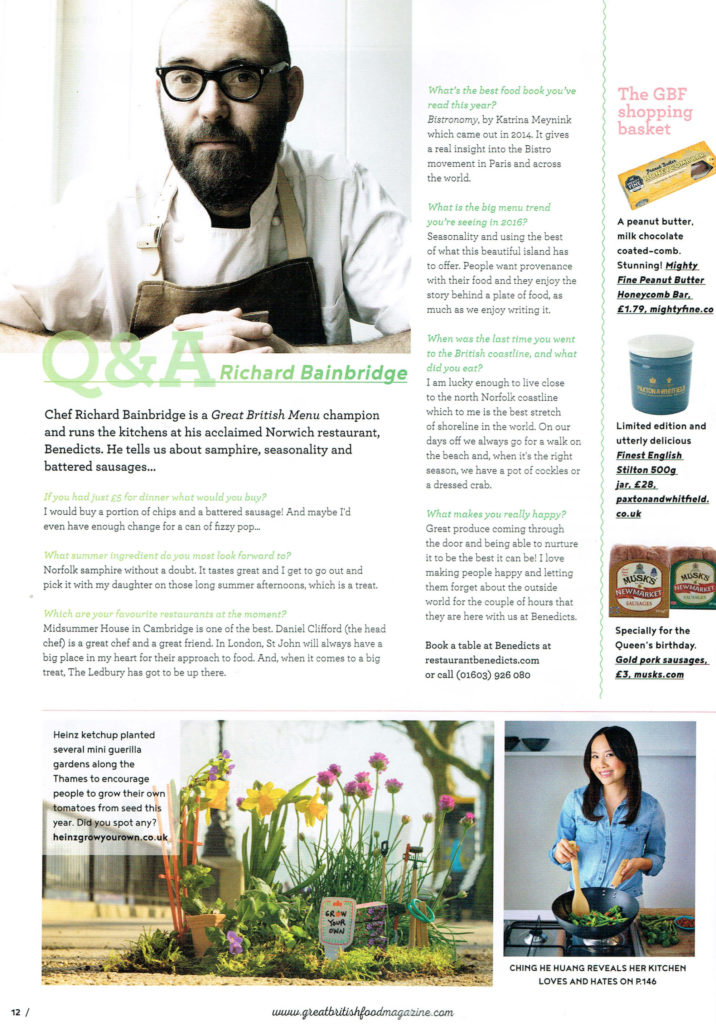 If you haven’t been able to secure a copy, here is the Interview…. 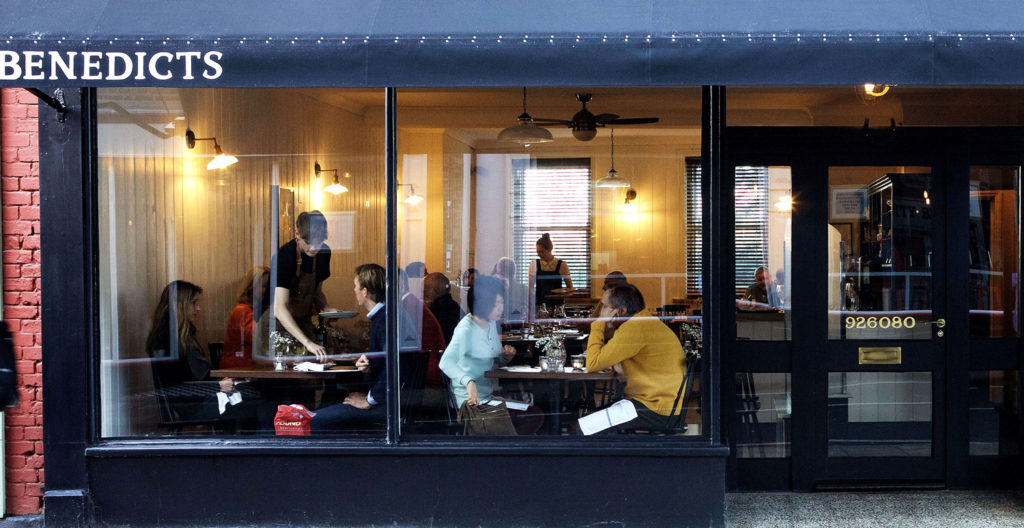 I’m not big on food telly. I’ll watch everything Nigella is in, but that’s nothing to do with the food and everything to do with Nigella. I love the quietly charming, cerebral approach of our own Yotam Ottolenghi. And I’ll try to catch episodes of Masterchef that feature my critic colleagues, or to scream obscenities at Gregg Wallace. That’s because there haven’t […]

As we approach April and May the Guide Books are coming to a close & we really feel we have improved since opening the doors. One award that is very close to our heart and would be mind blowing to win is the Good Food Guide Local restaurant of the Year Award, but we need your help to […] 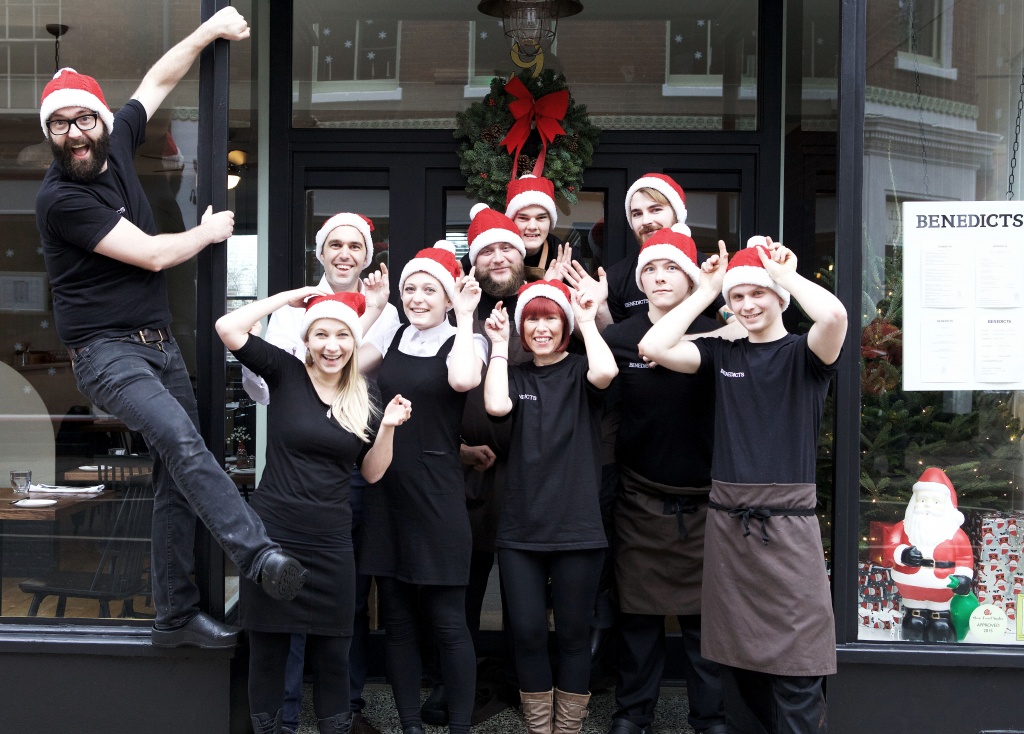 We couldn’t be happier about how things have gone. From the opening 6 months ago, to Richard winning the Great British Menu and being named No. 3 in The Times 25 Best New Restaurants in the Country. None of this would have been possible without our amazing team around us, from Maddie our Restaurant Manager, Ashley our Sous […]

Well what a year we’ve had! 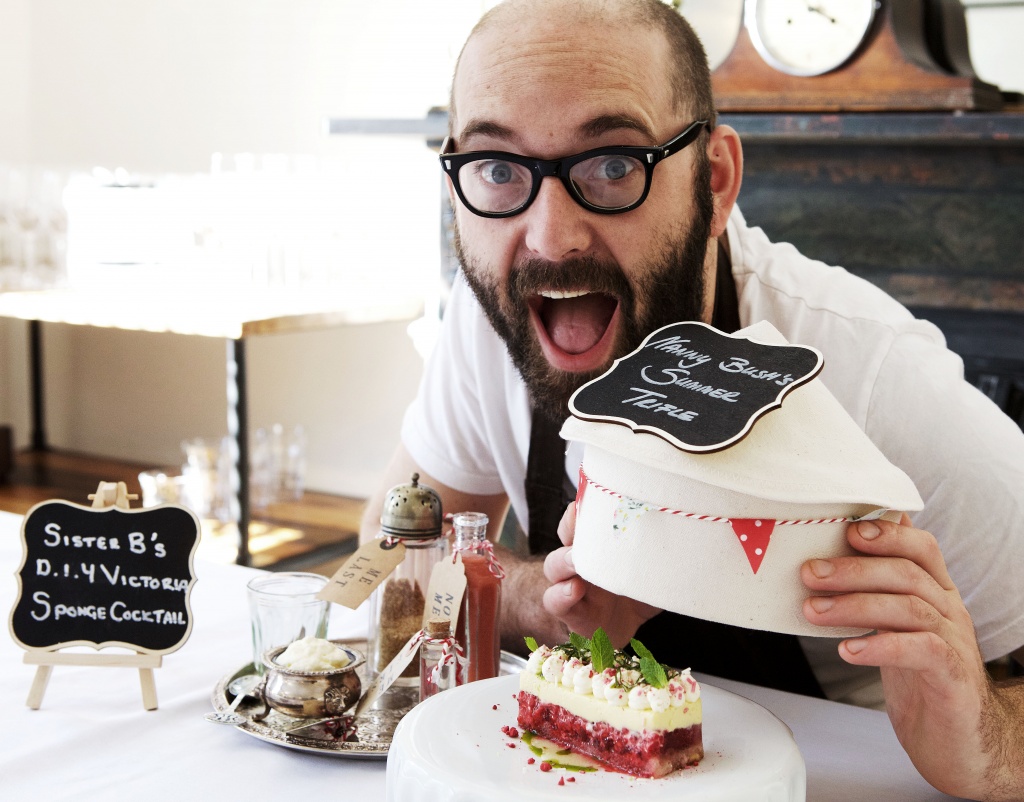 From filming for GREAT BRITISH MENU in January, leaving Morston Hall in February without a restaurant to my name, to GBM finals, the banquet for the amazing W.I. And now having a beautiful restaurant that I run with my amazing wife Katja in the heart of my home town of Norwich. The road has not […]

Look Who’s Back on The Great British Menu 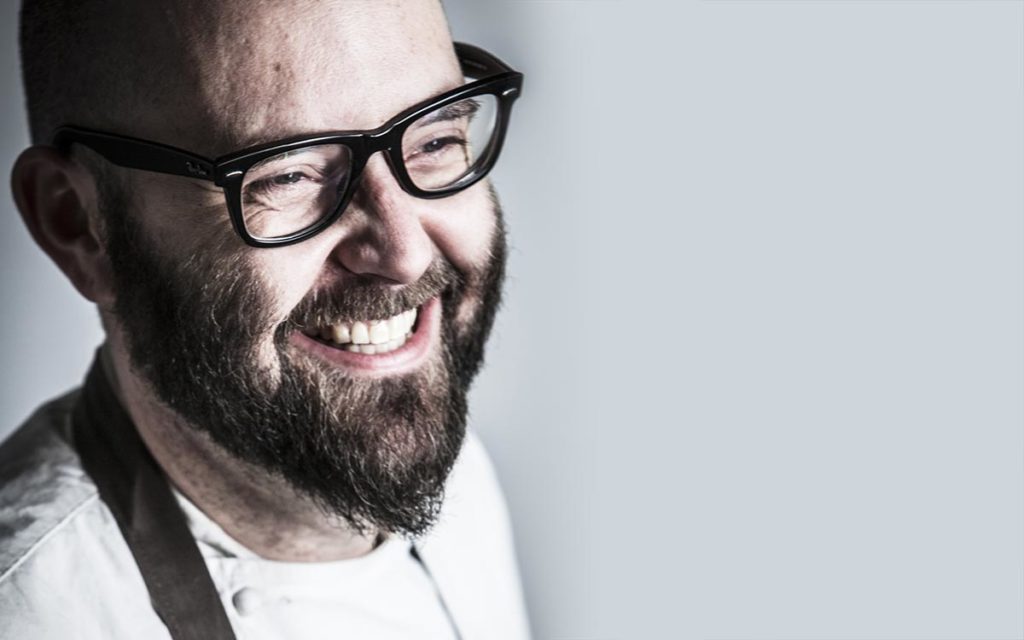 You can catch me again on BBC TWO’s Great British Menu which is back later in the summer and this year the chefs must plate up perfection, as they fight it out for the chance to cook at a glorious banquet marking 100 years of the Women’s Institute at London’s historic Drapers Hall. The challenge […]